WHY I DON'T DO STAND UP!

WHY I DON'T DO STAND UP! 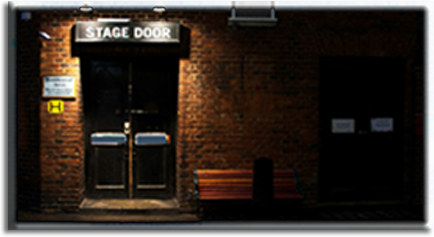 Why I hate comedy clubs.
I was asked to “host” a stand up comedy show. I didn’t want to do it. I have never been a good MC. I don’t like MC’ing. It’s just not my thing. Some people are good at it. I’m not. But I said OK because I can’t say no to anyone. If Osama Bin Laden called me and asked for a ride to the airport… I’d take him. It’s just who I am.
So let me tell you how tonight went. There is a formula to making an audience laugh. There has to be focus. The room has to be cold. The audience can’t be eating. It’s standard fair for almost every comedy club in America… the good ones anyway. So let me tell you about tonight. The club is three stories tall… a ground floor with two balconies. Balconies in a comedy club are like screen doors in a submarine. It doesn’t work. There is no intimacy… add to that the light on the stage is so strong that it spills into the audience so the audience is sitting in light. What theater have you ever been to where the audience sits in the light? They are in light and they are eating food. They are eating food and in an attempt to make the club look full…they spread the audience out… one here, one there… death for comedy. If they had tonight’s show at the end of the runway at LAX it would have been better for comedy than what I just experienced.
Now let’s talk about the comics who I was to introduce. The first girl comes into the green room with more tattoos than Dennis Rodman. This tatted up toots has and attitude. She tells me her credits, they were like second runner up in the Bayonne, New Jersey Comedy Laff fest and grill. She gets on stage and is about as funny as a root canal. I only knew one comic, he was in the death spot. First up. A horrible spot to be in. And I did not help at all. I was supposed to warm up the crowd for him. I looked at the 12 people, the food, the lights, the height of the room and surrendered like General Lee at Appomattox.. I could not get off the stage fast enough. I ran like Custer. It was seven minutes of complete silence.
Act after act came to the stage… I heard more laughs in the gas chambers at Auschwitz. The combination of bad club, small audience, bad material, and inexperience made the show as much fun as grinding your hand down the garbage disposal. I mean what these people were calling material was shocking… “Listen guys, let me tell you… your balls only smell good to YOU.” “When I jerk off I like to use a soft tissue” “I’m not using the same soap on my face that you’re using on your ass.” And then I had to come on with my little sports jacket and be charming. Mid way I just stopped and told the audience, “Ya know, I drove in here for this. I have a beautiful home in Bel Air… I got dressed and came here for this… “ And that was followed by,” I told them I wouldn’t be any good at this.”
The best thing about this night was how it validated my decision to leave stand up and go into writing. There is no original comedy being done out there. It’s all filth that they are calling comedy… but it’s not. Now, that being said, there were three stand outs in the bunch… their material was horrific but their stage presence was magical. You wanted them to be funny, you wanted to listen to them, they just had nothing to say. Those three will develop if they do their homework and stop listening to other comics and find their own voice.
So bottom line is this. I got out with my dignity. Barely. Oh, did I tell you that when I got the parking lot, my name was not on the list and they wanted me to pay 21 bucks to park. At that point I took it as an omen and was ready to go home. But, like a crack addict who wanted to get on stage, I talked the parking lot guy into letting me in… FOOL THAT I AM.
Yep, I’m very happy to be the playwright in the back of the auditorium listening to someone else say my words. I have moved on and I’m happy I did. Oh! The club manager said to me, “Thanks for coming in you were hysterical.” I was what? That was hysterical? Gives you an idea what crap is out there.