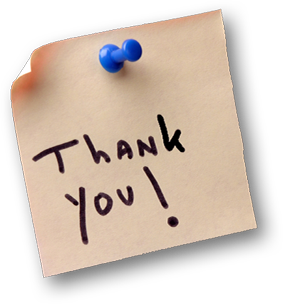 Last night’s show.
Every time I am asked to do stand up it’s like the sentence you get in court. “You’ll be cleaning the side of the 405 Freeway in an orange vest for six month” That’s what it feels like to me, like I’ve been sentenced to hard labor. This is so strange for me since for over twenty years it’s all I ever lived for, to get on stage and be funny. But something has changed in me… the need to be funny is gone… the desire is gone… the funny remains.
David Zimmerman is a man who runs an organization called MEET THE BIZ. It helps handicapped performers like the girl on AMERICAN HORROR STORY to cross over into the main stream of show business. It is the most selfless, amazing, inspiring, incredible organization in show business and it’s David’s baby. So when he called and asked me to be part of last night’s show I could NOT say no… despite the fact that every bone in my body wanted to run and hide under a bridge overpass.
I looked forward to this show like guys on death row look forward to the electric chair. It was circled on my calendar the way Anne Frank circled dates in her diary. I would look at that calendar and know there were five days, four days… two days… it’s tomorrow. And I knew that my lack of rehearsal and my lack of recent stage time and my lack… just my lack would be the downfall of me, that I would get on stage and they would stare at me and I would be judged badly and I would be shamed and I would be forced to leave the theater in disgrace. Those are the emotions that I experience every time I am asked to stand on stage an expose myself to an audience. And, it’s why I stopped doing it. I just didn’t have what it takes.
That was the fantasy, this is the reality. As I stood on the sidelines waiting as the MC introduced my name, a gene kicked in. I began pacing as I have done before every show for the last 25 years. It’s something that Kip Addotta taught me… you get into the zone. And I began pacing and chanting and getting myself into “that space”. I was like a fire horse when it hears the bell. I just went into automatic overdrive.
My name is announced and as I hit the lights something happened to me. Suddenly I was fearless again and nothing could harm me even if everything went to shit on stage. I grab the mike and begin talking, it’s like I’m possessed by someone else. I don’t even know what I’m about to say, my mouth just opens and shit comes out of it. Now I have to do material. You can’t stand on stage for 20 minutes and just babble and this is where the inner trouble begins. I can not remember the order of my act, it’s been so long that I’ve done it I just can not remember it. (thankfully many of my comic friends tell me they are having the same problem) I do remember bits and pieces… a joke from this bit… a piece of business from that bit… but it doesn’t feel organic to me on the inside. Yet, on the outside they are laughing.
Then I go completely blank. I look out into the darkness and there is nothing in my brain. I hear an audible hum in my head…it feels like six months. It must have been two seconds. I say the first thing that pops into my head. They laugh. I look at my cue cards, get a second wind and continue on…all the time they are laughing. And I talk and talk and talk…. Then stop and say, “Is that 13 minutes?” and the audience screams. It’s only been ten. I look at them like it’s a chore and find something else to say and I say it. Finally I get the signal to get off and say, “Oh thank god… it’s 13 minutes.” The audience laughs again. I try to end with a closer…but I screw up the punch line so badly that I stop and tell the audience, for some reason they laugh even harder. I say good night and go off in disgust to huge applause.
People are all over me telling me how wonderful I was. I don’t understand what they are seeing. I don’t feel it was wonderful but they do. So I accept and move on. I wait for the show to end so I could congratulate David. And then the following happens. I’m standing with Geri Jewell. A man approaches and throws his arms around her. “Oh my God you were so incredible… I laughed and laughed…you were inspirational… you had me in stiches.” And while he’s in the embrace with Geri he sees me standing there and over Geri’s shoulder throws off an obligatory, “You were good too.” As if he were throwing a dog a bone. That was all I needed. I began to crash dive like a bomber over Pearl Harbor. I found the rejection I had been looking for and ran with it. And from that moment on, no matter what anyone said to me I knew that guy was right and the rest were giving me lip service. It was the comment I needed to validate my insecurity and ruin my night.
It’s not easy being emotionally damaged. But I guess if I were “normal” I’d be working at Target in the Patio department wondering why I never got to do stand up on stage and meet famous people and tour the world and see incredible places and get paid for doing what I did in study hall in high school… my passion.
The end. Nah… it never ends.