THE NIGHT THE LIGHTS WENT OUT IN BEL AIR…

THE NIGHT THE LIGHTS WENT OUT IN BEL AIR… 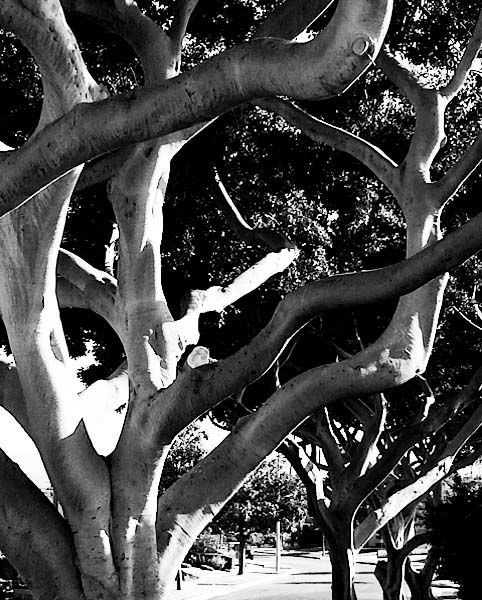 It was a perfectly normal day in Bel Air. The sun was shining, the maids were walking up the canyon to their jobs, the Keurig was making coffee… and then it happened. The most horrible thing that could ever happen to anyone ever… in Bel Air…besides having your Mercedes keyed….. the lights went out. We had our own personal blackout. Oh LORD NO….
There I was standing at the sink getting ready to go out to an appointment when all of a sudden the lights flickered and died. The telltale hum of little motors all over my house came to a ghostly silence. I ran to my phone. Nothing. Deader than Anson Williams’ acting career. I went to my cell phone… there were the words that strikes fear into every techie’s heart… NO SERVICE. I was trapped in my own personal hell…. A home with no wi fi.
At first you are in denial. “It’ll come back… they always flicker but they come back.” Then ten minutes later when the lights have not come back on you are like 3rd class steerage on the Titanic… you’re running up stairs and looking out windows hoping that they are lowering the lifeboats, that EVERYONE has no lights or phones…that it’s just not you.
Wait! There’s movement in the street… a neighbor, in his pajamas, shaking his fist at the telephone pole. Look, we all vent in our own way.
I know. I’ll play scrabble on my iPad. Two games I got through when the flashing light said, BATTERY LOW. I can’t win… I might as well be Stevie Wonder on Dancing With The Stars.
I look out my window again and the neighbors are gathering to ask the same question, “Do you have electricity?” Just once I wanted to say, “Yes, I guess it’s only YOU.” The traffic lights are out at the end of the street and now I know why we have traffic lights. Because people are morons and think two cars can enter an intersection and turn at the same time. I can’t even begin to tell you how many times I heard screeching brakes.
There’s a little country store down the street from my house. I go down there…the owner is sitting on the steps almost in tears… ten walk-in freezers or ice cream and beer defrosting before her eyes. I have a tray of ice cubes and I’m upset… this woman has enough food for an army and should be taking her life at any moment.
Wait a minute… there’s the DWP truck. The neighbors march up there like the truck is driven by Frankenstein and we’re the villagers. “WHAT GOING ON… WHEN WILL WE HAVE LIGHTS… DO YOU HAVE COFFEE IN THE TRUCKS.” It’s then we learn that tree trimmers had cut through the line and it should be about three hours before we have electricity again. I pass out cyanide pills as people tear their clothing off and weep openly.
But then… the DWP guy says… unless you are east of this house. Those lights will be on in 20 minutes. My house is east of this house. Moment of silence. I slowly slip away from my neighbors because I know if they find out that I have electricity they will turn on my like a pack of anorexic zombies.
Twenty minutes later the lights went on and I fled the house like the Republicans fled from George Bush after the election.
And so, as I write this, everything is back to normal in Bel Air… the latte machines are working… the maids are vacuuming, the instant hot water is perking… the world is as it should be.