A Whole New Me

A Whole New Me 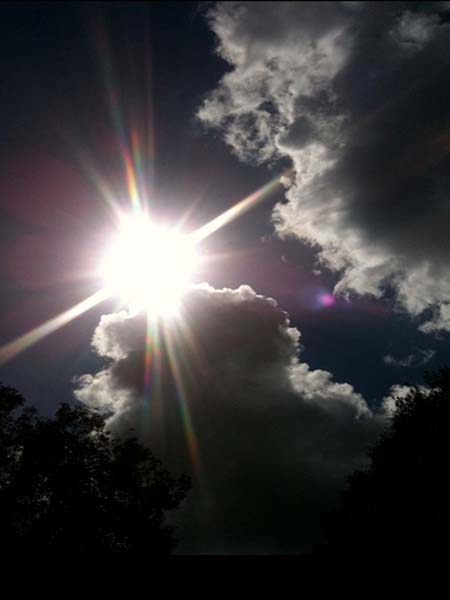 A whole new me? That’s how I see this phase of my life. For so many years I felt that if anyone really got to know me, they would know what a horrible person I am. And so I hid. I hid behind the character I played on stage, that tough New Yorker. I attacked from the microphone because if I let my guard down they would see the real me and no one would like that. Then, I started a blog, which later became my book, and the whole world changed. Why? I let me guard down. I let you in to see the real me. And what you saw you liked. I don’t understand it, I don’t get it, I’m simply trying to grasp what it is that you see that I don’t.
It takes a lot of years of being told you are no good to have this kind of self-image. Being told you are a horrible person while being told you are loved can fuck you up big time. That’s what happened to me. There is a story that I didn’t tell in either book. But I’ll share it now. Because my parents were divorced I spent a lot of time at my grandmother’s. She was not a warm fuzzy kind of person. She was a bitch on wheels and I got the full brunt of her hatred. My mother was her favorite child and she hate my father for not being the kind of husband SHE thought her favorite deserved. My grandmother then lumped my father and I in one big pile of shite. She reminded me that I wasn’t as good as the other kids, that my father wasn’t as good as her other son-in-laws, that I should worship the ground my mother walks on for being such a good mother. And she reminded me that as often as she could.
On this one particular Friday night my mother had to work late and I was alone with my grandmother at her house. She was screaming at me because my mother was working and I was not. I think I was 14 at the time. I was fighting back…fighting for my own existence…. Fighting to be heard as a person… Fighting for my dignity. I couldn’t take it any longer and I ran out of the house, down the street to the corner. I looked back and saw my mother entering my grandmother’s house and so I turned around and went back. She would make me feel better. She was my mother. As I entered the foyer of my grandmother’s house I heard my mother yelling to my grandmother, “I know, Ma, he’s a son of a bitch, what do you want from me? He’s Ben’s son.” It was like someone had taken a knife and shoved it into my heart. I turned around and left the house to walk the street for hours. My grandmother acted as if she hated me, my mother agreed with her and my father was nowhere to be found. Unless you know what loneliness is, you won’t know how I felt as I walked those streets. After a couple of hours I walked back to my grandmother’s house and met my mother… “WHERE HAVE YOU BEEN?” Is all I got. But the damage had already been done, the internal damage. I think it took 45 years to get over that night. I still haven’t gotten over it to some extent. I mean, the pain is less than it used to be but the memory lingers.
That brings me back to the blog. I started writing my blog LIFE SUCKS WHY NOT SHARE IT… and suddenly, I was surrounded by the arms of strangers. Stories that I kept hidden deep in my psyche for decades I trotted out like I was at the Nuremburg Trial. I emptied that well of self-hate and loathing that I carried around with me my entire life and I shared it with others. And what did I get; unconditional love and support. And the support kept growing… it grew exponentially. The more I shared, the more love and support I got.
Do you know why I never had a web site? I never felt I deserved one. What could I put on a web site that anyone would care about? But a wonderful lady was put in my life, Marilyn Johnson, and I told her I had no materials. And I told her I didn’t want to spend a lot of money. And I told her and I told he and I told her and all she said to me was, “Let me see what I can do.” And what she did was bring me back into the world again. I remember the first day the web site came on line. I looked at it and said, “I’m back.”
So I guess what I’m trying to say is that I feel like a new person, because I AM a new person…. a little stronger, a little wiser, a little more self-confident. And I wanted to say it now because I wanted you to all know I couldn’t have done it without you. I wanted to tell you my grandmother was wrong. I wanted to tell you that some day I’ll able to say that with conviction…and… I wanted to tell you…. THAT THE NEW RALPHS IN THE VALLEY IS FUCKING INCREDIBLE.